Anthea Butler, a professor of religious studies at the University of Pennsylvania, called God a white racist in blog post.

The Guardian reported on June 6 that, according to documents leaked by Edward Snowden, the Obama administration enabled the National Security Agency to collect caller information from Verizon through a “business records” provision of the Patriot Act, established under President George W. Bush. The government ordered Verizon to hand over call information on a daily basis, including the time, location and duration of calls. The Bush administration began collecting such information in October 2001 from AT&T, Verizon and BellSouth, which USA Today reported in 2006.

via 11 disturbing things Snowden has taught us so far | GlobalPost.

As if the recent string of high-profile scandals over Benghazi, AP phone records and the IRS weren’t enough to land the Obama administration in political hot water, the controversial news of the National Security Agency’s top secret PRISM program has now raised major privacy concerns for Americans.

While civil liberties continue to face erosion by heightened security and surveillance programs, there are many other areas where the American reality doesn’t match the hype. Here are seven metrics that show US citizens’ quality of life isn’t as high as many imagine:

US Cities Which Banned GMOs

Below are U.S. counties, cities and states which ban or call for restrictions on GMOs:
Mendocino County, California – The ordinance, Measure H, was passed by referendum on March 2, 2004.
Marin County, California
Santa Cruz County, California
Trinity County, California
Florida – GE Fish Regulation – State legislation restricting local control of GMOs: HB1717 Passed in 2005. Bt Cotton Geographic Restriction Passed in 2005.
San Juan County, Washington – Initiative Measure No. 2012-4, bans the growth of genetically modified organisms within the county.
Maryland has banned GE fish
Alaska – Bill (SB25) passed enacting a ban on GE fish, and also requires labeling of all GE fish and fish products in 2005.
Boulder, Colorado
City of Arcata
City of Point Arena
Hawaii – Ban on GE kalo/taro
Montville, Maine
Consumers and farmers across the whole of the U.S. have been taking action over the past years to protect their local communities from genetic pollution by passing local, city, and county ordinances banning genetically engineered (GE) crops. Cities, counties and townships have passed such laws to assure the health, safety, and welfare of their communities, while exercising their democratic right to local control.

At this point nearly 20+ states (the count was 16 6 months ago) are discussing GMO-related legislation, including moratorium bills in New York, Massachusetts and several others.

The Connecticut General Assembly is considering a bill, bill S.B. 244, to overturn the state’s preemption laws and allow municipalities to ban and regulate the use of lawn care pesticides. If the bill is passed, Connecticut will join the other 9 states that allow cities and towns to ban the use of pesticides on private property.

A recent report published by the Young Invincibles think tank investigated the levels of youth unemployment. The results portray a dark future for young workers and students. http://www.wsws.org/articles/2012/jul2012/yout-j16.shtml

US strengthens its military might in the Gulf – Americas – Al Jazeera English. 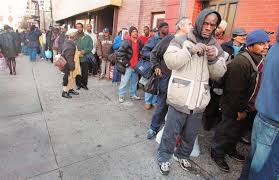 The economic crisis that erupted in 2008 has been seized on by major corporations and their political representatives in the United States to slash workers’ wages and impose speedup. The Obama administration has spearheaded this anti-working class offensive. Its 2009 restructuring of General Motors and Chrysler was based on a 50 percent wage cut for all new-hires, setting a wage-cutting precedent that was rapidly taken up by manufacturing companies across the country. The United Auto Workers union supported Obama’s demand for poverty-level wages in auto, and it and other unions have gone on to back the attack on workers’ wages and benefits across the economy. http://www.wsws.org/articles/2012/jul2012/pers-j09.shtml